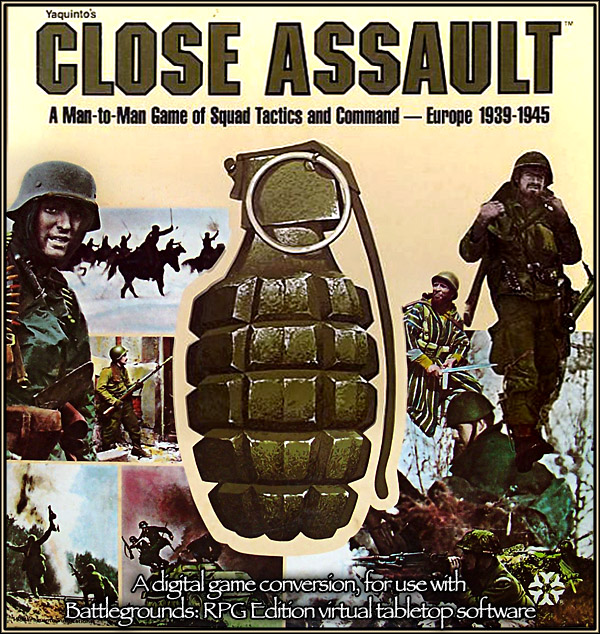 Game Summary:
A game of man-to-man combat in WWII. Soldiers can be standing, crouching, or prone, and each posture affects their vulnerability and lines of sight. "Random sequencing" mechanics (a "chit-pull" system) simulate simultaneous movement, the fog of war, and combat friction without the bother of written orders. The game uses only a 10-sided die.

Game Scale:
Each unit represents an individual soldier, weapon, vehicle, or piece of equipment.
One hex = 5 yards
One turn = ~30 seconds

Number of Players:
2-4 or more (can also be played solo)

Estimated Playing Time:
2-4 hours (use of VOIP is highly recommended for online games)

About the Game:
"Close Assault" is a long out-of-print wargame by S. Craig Taylor. It was originally released in 1983, shortly before Yaquinto's game publishing division went out of business. Close Assault was the precursor to Avalon Hill's "Firepower". For more information on the original game, click here.

The rulebook contains both Advanced and Optional rules, which players can choose to use or not, depending on the level of detail and realism they prefer. A conversion of the Basic Game is [urlx=http://battlegroundsgames.com/forums/viewtopic.php?t=2584]available as a free download[/urlx], and is a required component of this Advanced conversion.

This digital conversion of Close Assault for use with BRPG is being released with permission from the original game designer. It includes a BRPG-specific rulebook in PDF format (so it's easily searchable), and everything needed to play the game if you already have at least one GM Client license (v1.6c or higher). For multiplayer games, the extra players will need a Player Client or a GM Client. A player can also use the free BRPG Demo if the person hosting the game has a Floating License for them to use. Note that a display resolution of 1280 x 800 or greater is required to play this game conversion (this is higher than BRPG's minimum system requirements).

I invite everyone to [urlx=http://www.battlegroundsgames.com/Preview_of_Close_Assault_Advanced_Manual_for_BRPG.pdf]download the first fourteen pages of the 79-page rulebook[/urlx] to learn more details about the game and to see if it peaks their interest.

Click on each of the four thumbnails below to see the screenshots at full size: 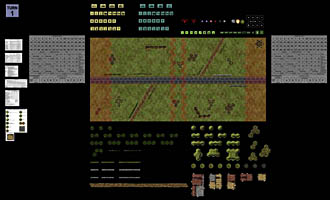 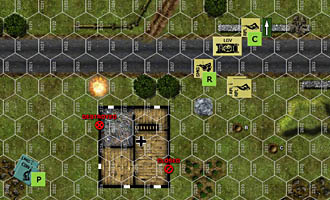 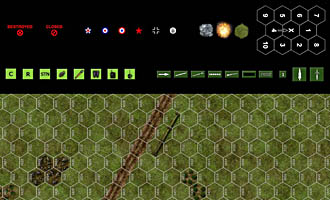 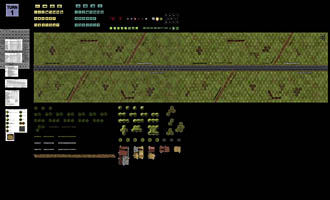 Close Assault costs $22 and can be purchased on the [urlx=http://www.battlegroundsgames.com/store.html]BG Store page[/urlx].


The following quotes are what some reviewers and gamers on boardgamegeek.com had to say about this game (in reference to the original printed game, of course):

"This is a game which could become a lifestyle . . . From the gratifying amount of sheer contents, through the fast and easy basic game, to the opulence of detail simulated by the advanced and optional rules, Close Assault is a lot of good game. Minutely-detailed and well-produced, it should be considered seriously by any wargamer interested in squad level activity." John T. Lamont in The Grenadier Issue 20

"Occasionally I come across a game that I especially regret having missed when it was originally released. Close Assault is such a game. Had I known about this game in 1983, I would have played it to death. The innovative impulse system is the shining centerpiece of the game. Through this system the designer was able to introduce the chaos and uncertainty of small unit actions while simultaneously reflecting differences in troop quality. Though some may dispute the level of realism offered by the system, I find that Close Assault (and its offspring, Avalon Hill's Firepower) represent the best compromise between realism and playability in modern close-tactical gaming."

"Great balance of playability with a reasonable amount of realism for a close tactical game."

Additional information about this game:

Close Assault addresses the challenges of squad level tactics in an era of massive firepower “ the problems of command and control, and of integrating different weapons into effective tactical combinations. You may know everything that's going on, but the game's "soldiers" may not, and often react accordingly. Victory goes to the player who can best perform in an impossible environment.

The constant uncertainty keeps the excitement and interest levels high (and also makes solitaire play a real nail-biter). The moveable terrain makes every playing of a scenario a little different.

Squad organizations for the six different countries are provided, along with data on over 100 different infantry weapons. There are vehicles, too; an assortment that runs from an Italian Guzzi motorcycle/sidecar with machinegun to an American Sherman tank. On this level game, the detail can be rich, as each vehicle crewman occupies his own position and handles his own weapon.

BRPG v1.6c (the version required to play this digital game conversion) has now been released. You can download it from here.

Can this be played in BGE?
Top

It can, but I have not yet had the opportunity to update the rulebook. It was written for BRPG, so it uses slightly different terminology (e.g., Encounters instead of Game Files).

This is why it is the only game conversion which isn't yet offered in BGE format. Demand for the BRPG version was so low that I put this one on the back burner.

But if there's interest...

Bought it, but not sure how how to install it. I placed the files in the corresponding folders, but I do not see the map, tokens etc.

Also, do you own the rights to Up Front? Just curious as an old wargamer, this was one of the first tactical wargames.

Have you tried loading the Encounter/Game File? And have you also installed the "Close Assault (Basic Game)" digital conversion? (it is a pre-requisite for the Advanced Game)

No, I do not own the rights to Up Front, which has long been out of print. Either Multiman Publishing or Hasbro holds the rights to this game, if I'm not mistaken. I have therefore not included the game rules, or used original game art, nor am I selling this digital game conversion. The files I used are from a fan-made re-design that is readily available for download from Boardgamegeek.com. Most people either use the re-design to create their own "print and play" sets (usually to replace their original card deck which has been worn out from decades of play), or they order them printed-on-demand from Artscow.

No I have not installed the basic game, will do that now. Thanks!
Top

A BGE-specific version of this Game Box has now been released. Look here.

Please help spread the word about BRPG and BGE, and never hesitate to tell me how I can make them better suit your gaming needs.
Top
Post Reply
10 posts • Page 1 of 1