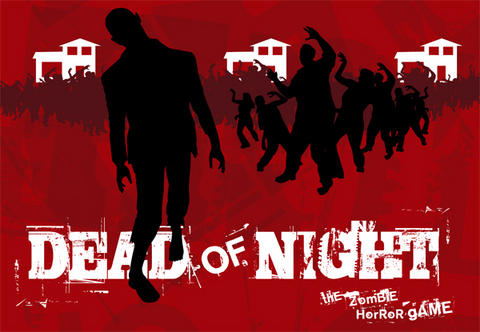 Game Summary:
Two to six players must survive a zombie onslaught until dawn. The game can be played cooperatively or competitively. Can also be played solo, using automatic zombie movement rules.

Estimated Playing Time:
2-3 hours (use of VOIP is highly recommended for online games)

About the Game:
"Dead of Night" is a free Print-and-Play boardgame by Simon Spearing. It was originally released in 2007. For more information on the original game, click here.

Like Zombie Plague, Dead of Night is very reminiscent of the classic George Romero zombie movie, "Night of the Living Dead".

The above download contains everything needed to play the game (including Scenario 1) if you already have at least one GM Client license (v1.6m or higher). For multiplayer games, the extra players will need a Player Client or a GM Client. A player can also use the free BRPG Demo if the person hosting the game has a Floating License for them to use.

"This zombie game is almost a simulation of what a zombie attack would be like. It has cool mechanics and makes you and your friends really have to work together to make it out alive."
Last edited by heruca on Sat May 21, 2011 2:45 am, edited 1 time in total. 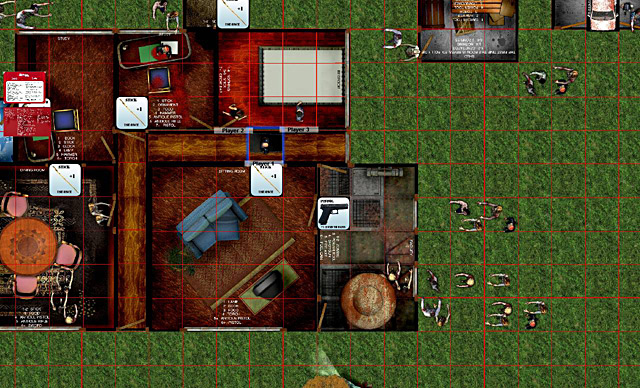 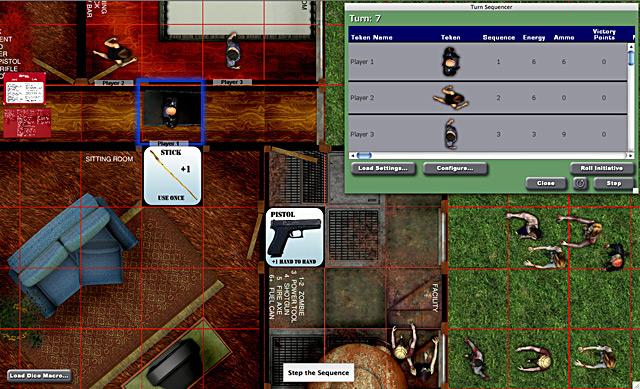 I have uploaded a new version of the Dead of Night zip file linked to in the opening post. This new version adds support for BRPG v1.6m, taking advantage of new features such as Views and antialiasing.

Any bet's on who is going to win? Humans or Zombies? <<<as IF there is a difference!

Users browsing this forum: No registered users and 6 guests