After much deliberation, I have decided to publicly release the digital conversion I made of the Aliens Boardgame, by Leading Edge Games. That company has been out of business now since circa 1993, and this digital conversion is being offered for free, and only to a limited audience (BRPG users). 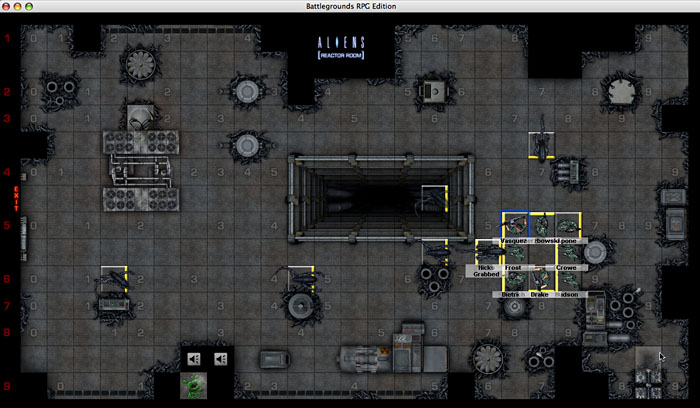 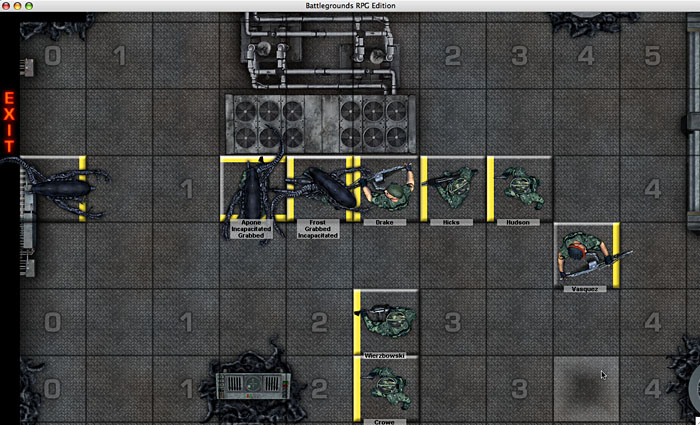 "Undeniably one of most action packed, tense, and fun board games ever made. It will make all the difference if played correctly with those that can immerse themselves into the theme."
Last edited by heruca on Wed May 18, 2011 10:10 pm, edited 8 times in total.

One of my favorite games. I've run it for kids a couple of times at a convention. (Hurricon or Recon in Florida). I run it on blown up mapboards so I can use the Leading Edge 25mm Marines and Aliens.

heya Heruca, thanks for posting this! I'm wondering if those places that have the game up might have a rule book I could DL.

Hey zWolf! See the ReadMe file in the Aliens download.

I did just Order 'Space Hulk 3rd ed.' from Amazon... it's pricey but from what I hear it will be well worth it for the game play.

I've updated the OP to include some gamer quotes about the original game.

Thanks Heruca!! I'm looking forward to playing this with some friends!

I uploaded a new version of this game conversion, for use with BRPG v1.6m or better. Some minor improvements and fixes. Use the download link in the OP to get it.

By the way, there is no longer a separate GM version and Player version.

Can you e-mail me all the Aliens Battlemap you have?

Thanks in advance.
Top

Try not to enter your email address publicly. The profile link to your email is kept private from spambots, but posts are not.
Top

But the one I made is strictly for use in BRPG or BGE. Sorry.

I would be more inclined to use an art program to make your own map(s).
It has been suggested to me to use Dunjinni, and I can say using it is fun, easy, and satisfactory, so I will suggest it to you.

I will have to check that out as well. Also, I DL'ed Gimp, and the extensions. You can do maps on that one too. And add hex numbering. I will try to conjure up the links.
Top

I was just hoping to pick up some already finished maps.

Could you just e-mail me the maps?
Top