The following quotes are what some gamers on boardgamegeek.com had to say about this game (in reference to the original print-and-play game, of course):

"One of the best dicegames I've ever played."

"This game is brutal (in a good way). It relentlessly chews you up and spits you out. Any victory you gain is won through terrible odds, hard work, blood, sweat, and tears."

"Brutal, brutal, really tough as hell, but has the elusive "let me try again!" quality."

"A creative and evocative game offering a glimpse into the hell of D-Day, presented with due respect for those who were there." 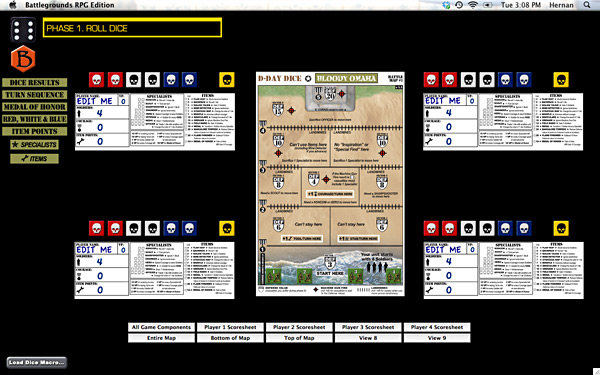 Closeup of the map and unit tokens: 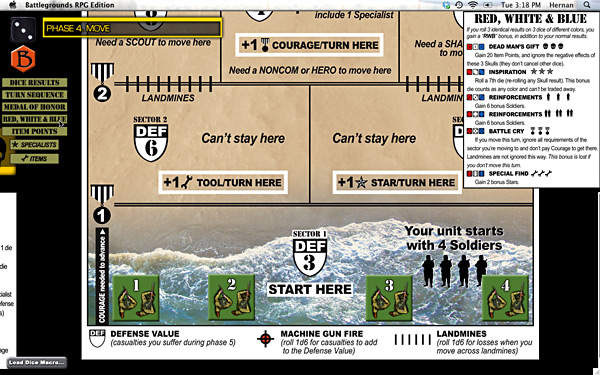 Closeup of a player's Scoresheet:

I have uploaded a new version of the D-Day Dice zip file linked to in the opening post. This new version adds support for BRPG v1.6m.

This game was originally developed in BRPG v1.6d, and the Views feature underwent some major changes since them, so I have corrected the Views to work properly in the newer versions of BRPG. I also fixed another problem I discovered in the original release, which would cause the Player Scorecards to become invisible while panning the map window.

Please help spread the word about BRPG and BGE, and never hesitate to tell me how I can make them better suit your gaming needs.
Top
Post Reply
3 posts •Page 1 of 1