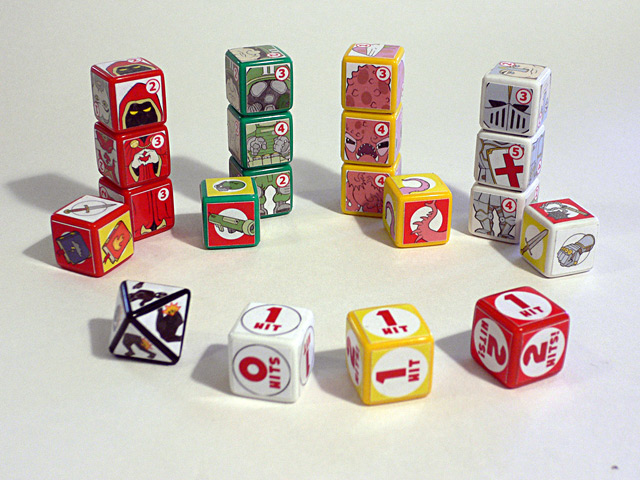 Game Summary:
A dice game where humorous characters fight it out in an all or nothing brawl. Players choose their fighters and roll them to determine hit points and weapons. Each fighter is made of four dice: a head, a body, some legs, and a weapon. Combat involves rolling damage and hit location dice. As fighters take damage, their body parts show the remaining hit points until they are finally destroyed. In addition to the traditional attack, players can choose to change weapons, perform first aid, disarm an opponent, or make called shots for increased damage.

Estimated Playing Time:
2-20 minutes (use of VOIP is highly recommended for online games)

About the Game:
This is a BRPG conversion of the free print-and-play "Chunky Fighters" boardgame, by Nick Hayes (self-published, 2009). This conversion includes not only the 4 characters from the original Chunky Fighters game, but also the 12 additional figures from the expansion sets (Extra Chunky, Mega Chunky, and Ultra Chunky). 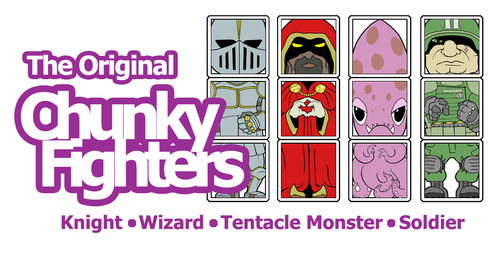 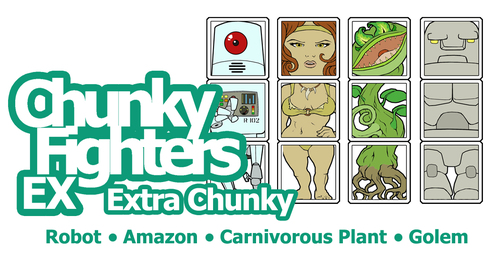 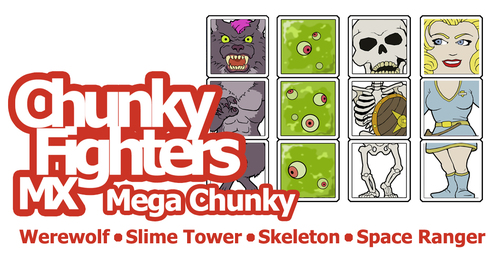 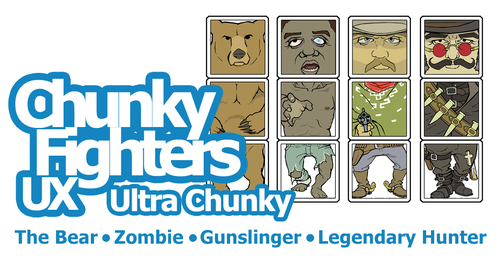 The above download contains everything needed to play the game if you already have at least one GM Client license (BRPG v1.6m or higher). For multiplayer games, the extra players will need a Player Client or a GM Client. A player can also use the free BRPG Demo if the person hosting the game has a Floating License for them to use.

Enjoy!
by heruca
Here are some screenshots of what the game looks like in Battlegrounds. Click on the images to view them at full size. 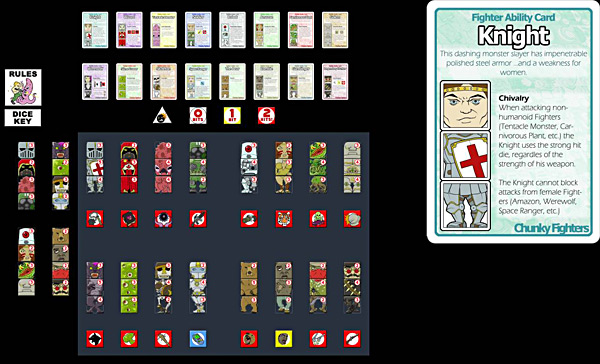 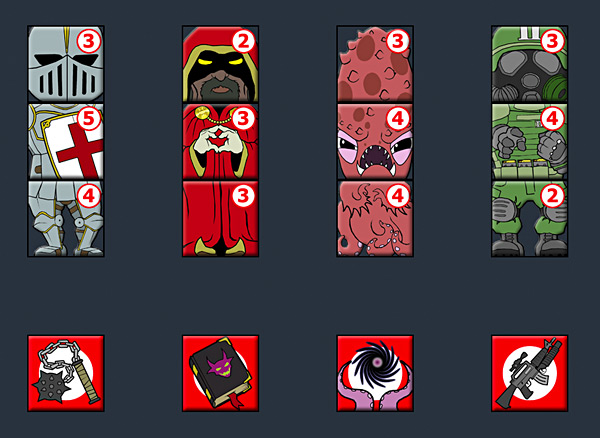 by heruca
I uploaded a new version of this game conversion. Use the download link in the OP to get it.

This new version adds support for BRPG v1.6m or better, and takes advantage of the new Views feature, which was not available when this conversion was first released.
by conniee

heruca wrote:I uploaded a new version of this game conversion. Use the download link in the OP to get it.

This new version adds support for BRPG v1.6m or better, and takes advantage of the new Views feature, which was not available when this conversion was first released, but now it is.

Hello,
I have downloaded the file, but it's a weird file, it doesn't have any programs associated with it so it doesn't open. Do you know how I can make it work?
by heruca
Welcome, conniee.

The files contained in the downloaded zip file are strictly for use in the BRPG or BGE virtual tabletop programs. Installation and usage instructions are included in the zip file.

This is NOT some sort of collection of print-and-play files, if that is what you were expecting.
All times are UTC-03:00
Page 1 of 1
Powered by phpBB® Forum Software © phpBB Limited
https://www.phpbb.com/